Would a Buttram By Any Other Name?

In honor of my husband’s and my tenth wedding anniversary, I thought it would be prudent to lay some things to rest.

I’m talking about the glory of my married name.

I remember when I first found out my husband’s full name. This was back in college and I had caught a glimpse of his student ID. Back then, our IDs had our full name, date of birth, and social security number. (Not joking; we recently found our old IDs while cleaning out our home office and THERE IT WAS, all nine digits. Not an extra wise idea to put that information on a small piece of plastic issued to a bunch of 18-year-olds, but it didn’t include the dashes, which would totally throw off any would-be identity thieves if you ask me.)

So I saw his ID and his full name and I had wanted to laugh, but this boy was really cute and I really liked his first and middle names, so instead of snickering I just said, “Well. That’s a strong name.”

“It builds character,” is what he said. 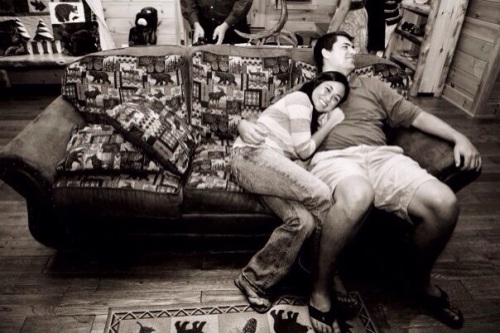 The first lady I’m pretty sure is just messing with me. She’s younger and a little edgier than the others. And once, I even saw her taking a smoke break in the parking lot.

This lady – this hardened, world-weary lady – she calls me Mrs. Butt-Ram, and she says it SUPER unapologetically. I know I corrected her the very first time she mispronounced it, but only that once. Because I figure, whatever gets her through the day, right? Besides, I can’t really say I blame her; when asked to spell my name over the phone, I would to say, “B-u-t-t (lengthy pause, lengthy pause, lengthy pause) r-a-m” until my husband made me stop.

The second lady is older and really southern and always tells me about their alterations services, and I think it’s because she’s the one who does the alterations. She also says my name about thirty-seven times in our three-minute interaction. She calls me Mrs. Byootrum. Like, “Isn’t she a beaut (byoot)?” Or even, “Let’s race around Willie’s Butte” in the spirit of Cars.

The third and final lady pronounces my name one hundred percent correctly.

So, without further ado, how to pronounce my last name: Buh’tchrum. The “u” and “a” sound the same, a short “u” as in, “You can stand under my umbrella (ella, ella).”

So there you have it! Now you know what I’ve known for eleven years, and have willingly taken on for ten. All in the name of luh’ve.

This post is inspired by one of my favorite Jamies, who sent me a screenshot of an honest query from one of her readers showing sincere concern over how, exactly, one should pronounce B-u-t-t-r-a-m.