In just a few short weeks, Hubs and I are going to celebrate eight years of marriage. EIGHT, you guys!

Most of what I write here is about my (magnificent, beautiful, hilarious, photogenic) kids, and only sometimes do I mention the fella who started it all.

For anniversaries past, I might have mentioned how well we click, how much we enjoy each other, how stinkin’ cute he is, and how to catch a boy using the chicken dance. (No, really, it’ll work.) And actually, if you stay tuned, you’ll also read about how we met. (EXCITED? I know you are, but what am I?)

But…we truly wouldn’t be where we are today without the times that weren’t so certain, the days or months we weren’t quite so sure about. When instead of leaning on one another, we were merely pressing on. The moments when, if we weren’t fully stalled, then we were running on fumes. When the light began to fade and a black night loomed.

And those seasons – however brief, however often – of stagnancy, of staleness? Every marriage has them.

And ours came quickly.

We were newlyweds and new parents, all at once. That in itself was a challenge all its own. I was unprepared and unrelenting. He was shouldering a small, new family. We were treading water, fighting the tide of the inevitable, wondering if it was only a matter of time.

As we wove around the sleepless nights and the dirty diapers and trying to balance all of our new identities and sharing space and things and thoughts and giving a little to get a little, I learned that first year that love isn’t always the key to marriage.

Eventually or all at once, you find that solid ground again, you hit your stride. The night is broken by the dawn.

And oh, how sweet that dawn is. 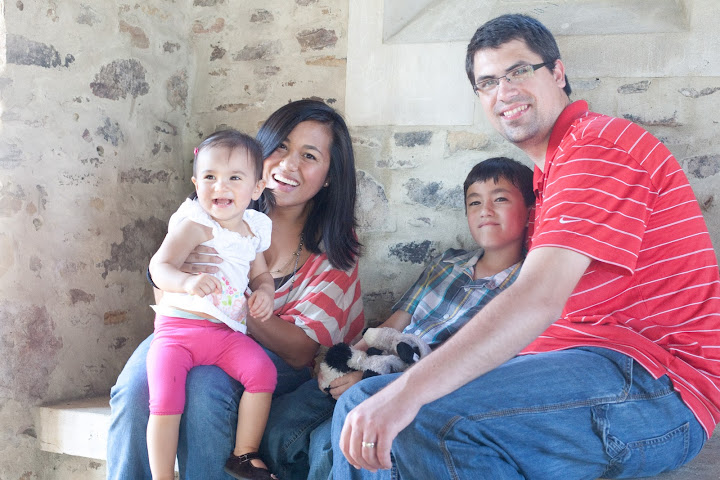