And Sooner or Later, Nana, People Have to Grow Up

I Love This Bug

He is a beautiful child (objectively speaking), but don’t tell him so, because he will blush and roll his eyes and in an attempt to show you how un-beautiful and manly he really is, will probably try to head butt his father.

I can’t do anything for him anymore. 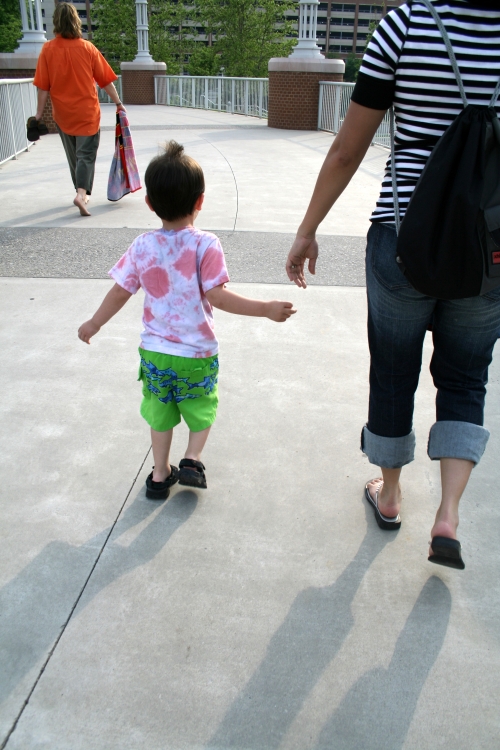 I spent nine months growing him, protecting him, feeding him secondhand Snickers and Mexican food, a year holding him, rocking him, introducing him to grass and the effects of laughter, another year chasing him, reading with him, curling up on the sofa for a nap with him, another year leaving him with strangers certified in Child Development who taught him chapel songs and how to share, as his shadow went from one adjacent to mine to one yards ahead of me and picking up speed.

Sometime overnight he grew big enough and tall enough to help himself to a glass of milk, to make himself a peanut butter sandwich, to fold his own laundry, to comb his hair, to take a shower. And when I try to help, the mom in me taking over for the baby in him, he tells me, “Mo-om, I got this.” I know he does and I know he can, but what he doesn’t know is that I can’t let him.

Maybe one day I’ll be cool enough or smart enough or busy enough to be ready to lose my baby boy to manhood. But that day is not today.

(Tomorrow doesn’t look so good either.)

12 responses to “And Sooner or Later, Nana, People Have to Grow Up”